zo
di
wo
do
za 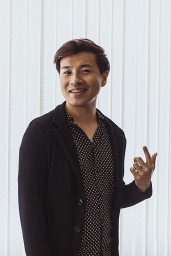 S’yo has been teaching for almost 15 years. Moreover, he organizes student presentation concerts twice a year. One of the most exciting parts of lessons from S’yo is that students can choose their own repertoire. As a composer and arranger, S’yo can write arrangements adapting to the level of the student and insert the material that they are supposed to learn. As an educator with both classical and jazz background, the lessons of S’yo contain both diversity and fun.

S’yo Fang is a musician working across the context of modern classical and contemporary jazz.